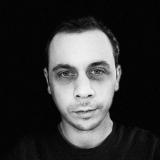 Jb is an experienced software engineer with an entrepreneurial spirit and a passion for developer tools. He joined Microsoft's Developer Division following the acquisition of SyntaxTree, a developer tools company he founded in 2011.

He's the author of Cecil, a open-source .NET binary manipulation library that turned out to be useful to many people.

He's been involved in the Mono project (an open-source implementation of the Microsoft .NET framework) for over a decade. In his youth, he has been selected as a student in the very first two editions of the Google Summer of Code to contribute to Mono where he spent both summers flipping bits instead of burgers.

Prior to creating SyntaxTree, Jb achieved one of his dreams when he joined the Mono team at Novell under Miguel de Icaza where he worked on various parts of the project. He was part of the team of 5 that started the MonoTouch and Mono for Android projects (later becoming the foundations of Xamarin), where he was in charge of the tooling to trim down the size of apps for deployment.

Before Novell, Jb worked at db4objects, a startup creating an open-source object oriented database for Java and .NET. There he worked not only on the database itself, written in Java, but also on the tooling to convert the Java code to .NET, and on .NET specific parts like the LINQ to db4o provider.